Paul Farragut : A Garden That Welcomes 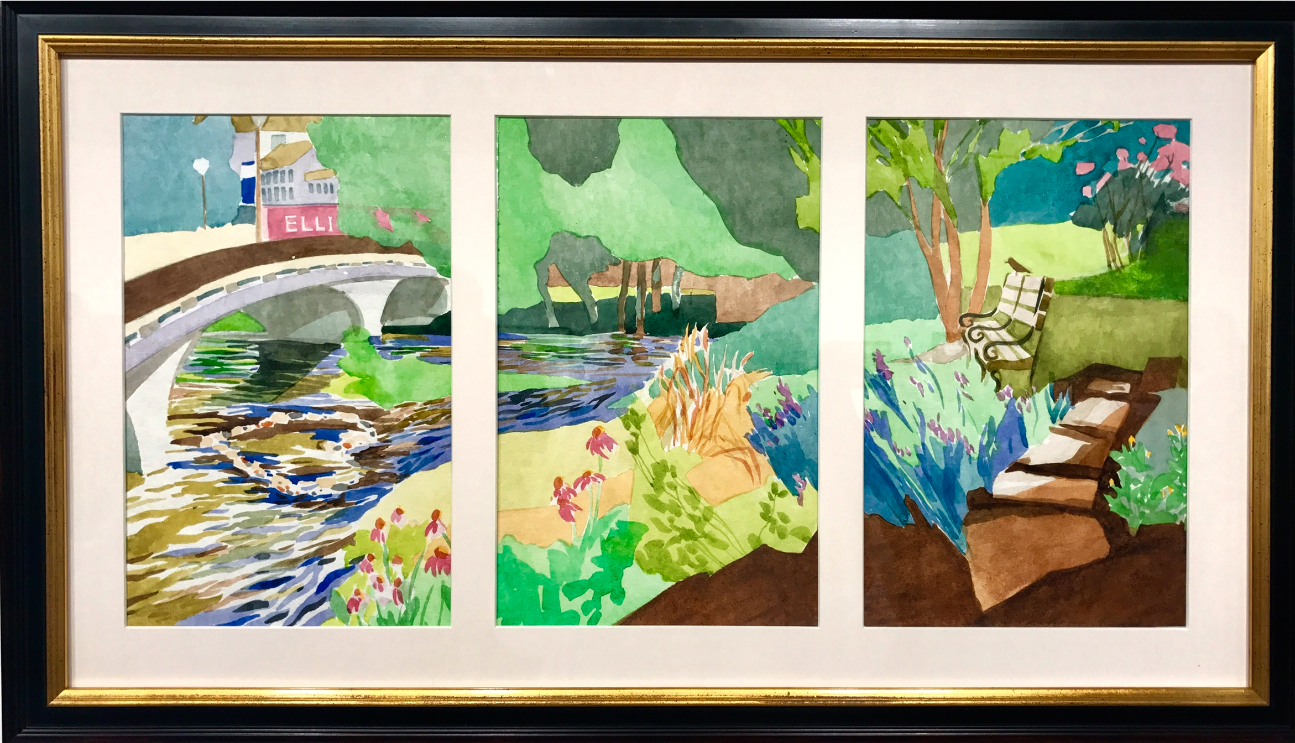 A watercolor of the Oella Garden painted during the 2017 Paint It! annual plein air event held in Ellicott City.

My interest in gardening and the Patapsco Valley made managing the Oella/Ellicott City Garden a natural for me. I inherited a garden that was principally the brainchild of Lisa Baum  who, along with others, organized a Maryland Home and Garden tour of Oella that provided the initial funding for the project. The garden was designed by fellow board member and landscape architect, John Slater, whose plan “pulls you into the space” and focuses your attention on largely native plants and the Patapsco River. The garden is now managed by board members Jim Lumsden and Steve Wachs who along with more than twenty volunteers maintain the garden on a weekly basis. Over the years grants from the Patapsco Heritage Greenway, the Ellicott City Partnership, the Chesapeake Bay Trust and others,along with support from Howard and Baltimore County governments made possible this popular community facility. Recently I’ve observed a water color artist and tourist using the benches in the garden. Many visitors thank our volunteers for maintaining such a beautiful entrance to Oella and Ellicott City. Fortunately the recent flood did minimal damage to the garden.

Paul Farragut is a 45 year resident of Howard County who presently lives in Ellicott City. He is the retired former Executive Director of the Baltimore Metropolitan Council, an organization of the chief elected executives of the Baltimore region. Paul has held management positions at the Maryland Department of Transportation related to environmental, energy conservation, bikeways, port planning, marketing and special projects. He holds master degrees in community planning and resource economics from the University of Rhode Island. Paul was elected to the Howard County Council where he served as chair of this body and the zoning and liquor boards. Additionally he has served on the Columbia Association Board of Directors, the Middle Patuxent Environmental Foundation, the Friends of Patapsco Valley State Park and several community associations and boards. Paul has been a board member of the Patapsco Heritage Greenway for the last six years.