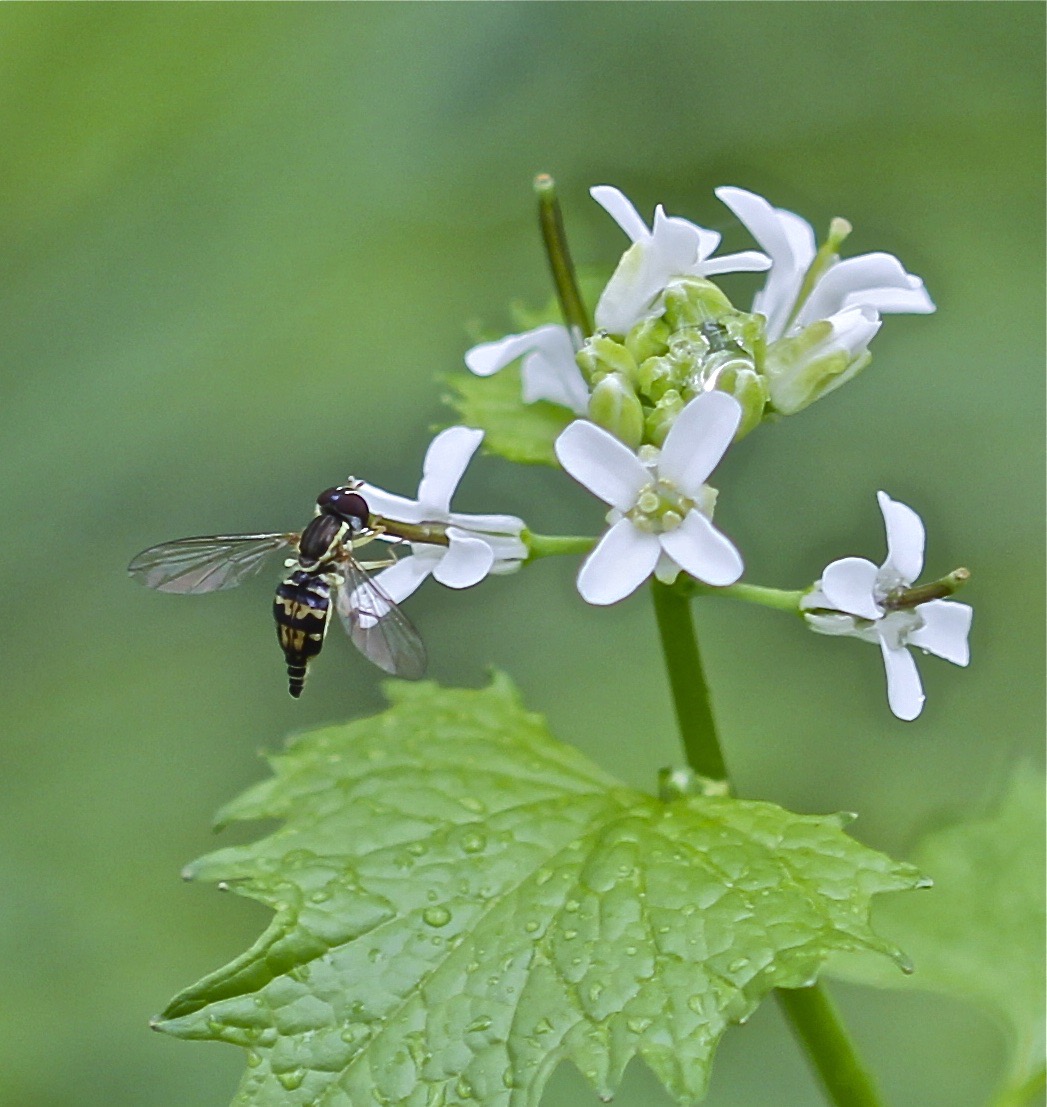 On the 18th of November, 2016, I attended my first meeting of the Pesticides and the Chesapeake Bay Watershed Project at the Pearlstone Center in Reisterstown, Maryland. The meeting was co-sponsored by the Maryland Pesticide Education Network and the Johns Hopkins Center for a Livable Future. After a pleasant continental breakfast, we moved to the conference center where the moderator for the day, Greg Allen, PhD, an environmental scientist at the US EPA Chesapeake Bay Program, introduced us all to the project and the upcoming presentations.

The first presentation was the keynote address by Robert Lawrence, M.D., the director-emeritus at Johns Hopkins Center for a Livable Future. He recalled the first meeting of the project back in ’07, when the main focus was to establish five ongoing working groups tasked to identify research and data gaps pertaining to the impact of pesticides on the health of the ecology and the water of the bay, create best management practices for preventing pesticides from entering the waterways, develop an interactive relationship with the agricultural community, educate communities about preventing pesticide runoff through integrated pest management and natural landcare, and assess the need for strengthening and expanding policies and laws to reduce the impact of pesticides on the watershed.

While there are still gaps, we know that they exist due to a lack of transparency regarding inputs such as the amount of pesticides used by farmers, the types of pesticides in use, and the subsequent impact on health. There was a bill that I had canvassed for with Clean Water Baltimore two years ago that would have implemented mandated pesticide reporting from farmers and certified applicators, but it was amended before it was passed. The data from mandated pesticide reporting would establish a database for the evaluation and assessment of cumulative impacts upon public health, wildlife, and the environment.

I was amazed to learn from his speech that Maryland is the first state to restrict the consumer use of neonicotinoid pesticides, and that the State House is the first in the nation to use organic care for its grounds. Maryland is also one of the few states that require an environmental literacy component of its public school curriculum.

The second presentation detailed the pesticides found in select bay tributaries and their potential impact. Vicki Blazer, PhD, a research fish ecologist with USGS National Fish Health Research Laboratory, and whom Greg Allen said is a “rock-star” of the fish ecology world, showed the data that she has compiled showing that pesticide runoff produces biological effects upon populations of fish, despite them being non-target species of the pesticides. In most cases, the endocrine and immune systems are affected, causing an increase in bacterial and viral infections and heavy parasite loads. Due to high levels of phytoestrogens in the water, there is a prevalence of intersex fish in certain waterways. Her data showed that the most common pesticides in the select tributaries were atrazine, simazine, and metolachlor.

Unfortunately, we did not get to hear the founder and CEO of MOM’s Organic Market, Scott Nash, give his presentation about trends in the expanding demand for organic food since he was ill, but Alexandra DySard, the environmental coordinator and partnership manager for MOM’s Organic Market, stepped in and delivered the presentation without a hitch! She highlighted MOM’s green initiatives, such as beehives on roofs, solar panel installations, native plantings, and recycling produced deemed too ugly (yet perfectly edible) to sell through Gather Baltimore’s Blue Bag program.

After filling ourselves on delicious food and listening to Greg Strella, the farm director of Pearlstone, talk about Pearlstone’s master plan for their land usage, we returned to the conference room for a presentation detailing the new research on the impact on neonicotinoid pesticides on bees by Hartmut Doebel, PhD, an insect ecologist and assistant professor of biology at George Washington University. The two other attending corps members, Olivia Donachie and Mary Jeter, and I, were lucky to sit at a table with him throughout the meeting.

The title of the presentation was The Blight of Neonicotinoids & The Plight of Pollinators. Professor Doebel cited papers, of which there are hundreds, about the effects of neonicotinoids on worldwide honeybee populations. According to a paper published in Functional Ecology in March, 2016, chronic exposure to neonicotinoid pesticides alters the interactions between bumblebees and wild plants. Neonicotinoids are highly neurotoxic in the extreme low doses present in typical soil and seed treatments of about 10 to 200g per ha. The pesticide, which is highly persistent in soil aquatic sediments and water, blocks nicotinic acetylocholine receptors which leads to hyper-excitation and insect death within minutes.

Professor Doebel and a team of undergraduate students led experiments that used classical conditioning to test the impact of neonicotinoid on honeybee memory. They designed a Y shaped tunnel wherein the honeybees would choose between a path to lemongrass or to sugar water. The honeybees were conditioned to choose the lemongrass. After some were exposed to sub lethal doses of imidacloprid and glyphosate/round-up, the honeybees associative learning response to conditioning with lemongrass vapor was weakened within thirty to sixty minutes. Outside of lab, the effect by neonicotinoids on honeybee’s memory has the potential to prevent them from finding pollen and then returning to the hive.

Before the tenth annual meeting of the Pesticides and the Chesapeake Bay Watershed Project adjourned, we were all split into one of four working groups led by a facilitator. Greg Allen led the research working group, Erroll Mattox led the agriculture working group, Veronika Carella led the healthier alternatives working group, and Ruth Berlin led the smart on pesticides campaign group. As new participants, myself and the two other corps members were placed in the group focusing on increasing the demand for healthier alternatives. To date, this working group has published numerous fact sheets and The Healthy Garden Alternative with the City of Annapolis, conducted LTE’s, interviews, and press releases, provided educational materials for events and conferences, and implemented projects to have the MD State House Grounds and Canton Waterfront Park managed with organic land care. We discussed issues such as no-till farming, polyculture farming and agro ecology, microbial health, oysters and water quality, and creating a pesticide use database (which I canvassed for in my very short time with Clean Water Baltimore). We were also given numerous resources such as links to the Rodale Institute, Osborne Organics, Future Harvest, and the Smart on Pesticides Coallition.

After the individual group meetings, the facilitators held a panel to elucidate the others on what was mentioned. They discussed plans to increase educational outreach about healthy soil and its subsequent effects upon public health, with initiatives to recognize and reward sustainable farmers. The refusal of Ace Hardware to phase-out neonicotinoid-coated seeds from their Maryland stores was mentioned, as well as a pesticide use survey report and a “Pennies for Pollinators” program.

After the meeting, Professor Doebel offered an open invitation to myself and Olivia and Mary to visit GWU’s bee lab and told us to not be strangers. We also talked with Gina Navarro, the program director for integrated pest management in Health Care Facilities Project, about educational outreach for the youth. All in all, to say that I learned a lot and had a great experience would be an incomplete summary. I am very thankful to have had the opportunity to participate in the project, and hope that those researches, advocates, litigators, and writers continue their efforts to educate and implement sustainable initiatives in the Chesapeake Bay watershed.