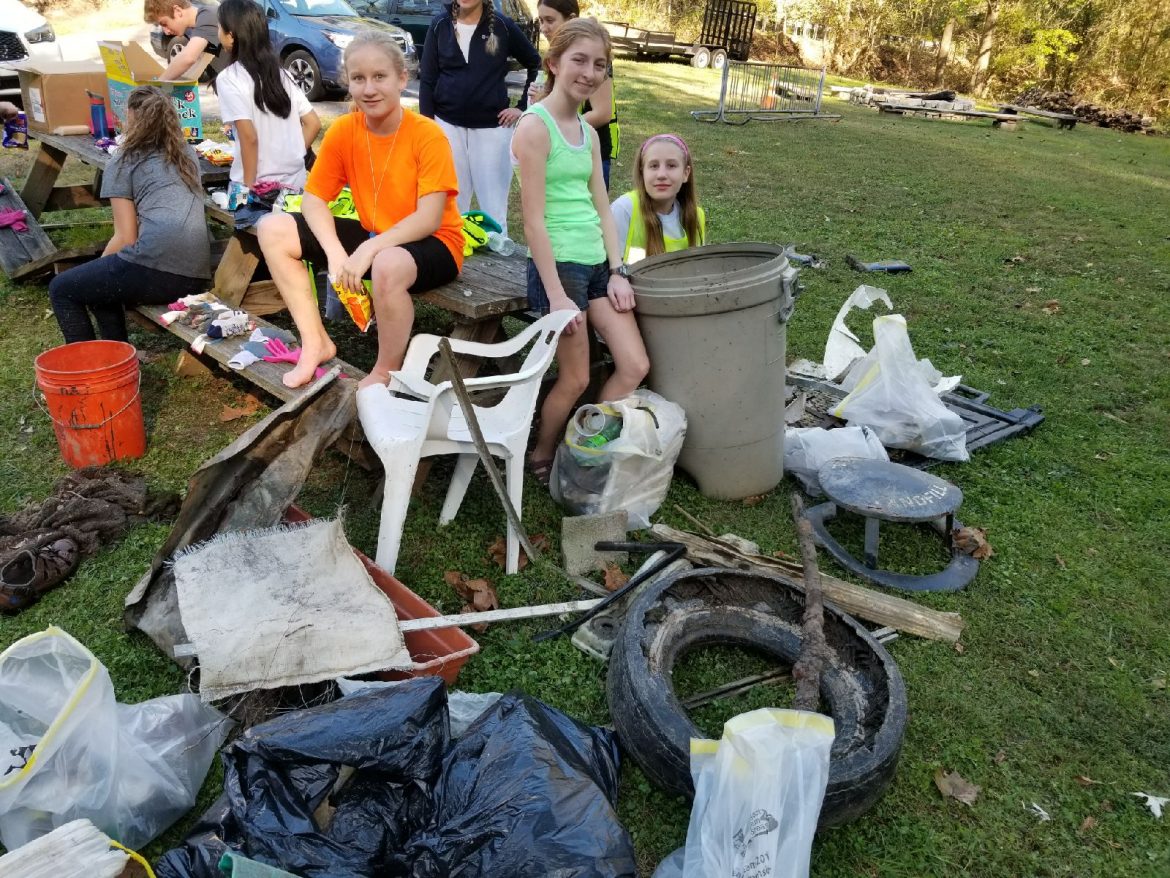 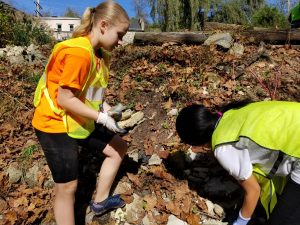 For our Girl Scout Silver Award, we wanted to do something both fun and productive.  An obvious issue today would be the environment–air pollution, global warming, littering, and other concerns. While it would be nice to stop global warming, or filter the harmful chemicals out of the air, these things are way out of reach at the moment.  However, simple steps could be taken towards helping the environment, such as planting trees, or a stream clean up.

Why do a Stream Clean Up?

With all of the factories today polluting the environment, trash and harmful things are in streams and lakes, even oceans. Even in local streams people can see the negative effects of trash and pollution. To address this issue, one simple step came to mind–a stream clean up.  A stream clean up, while simple, can positively impact the environment in a big way.  Even if just one animal was saved, it would still be worth it. Trash in even local streams can ruin water supplies. By removing this trash, this helps not only the animals, but people as well.

Where was the Stream Clean Up?

To help our local streams and wildlife, we cleaned up a portion of Patapsco River. The Patapsco River is an important place because it is not only local, but part of a larger body of water.  The Patapsco River actually feeds into the Chesapeake Bay, which eventually feeds into the Atlantic Ocean. If all of just even Patapsco were polluted and trash- filled, the Chesapeake Bay would share a portion of that trash. From there, it would travel to the Atlantic Ocean.

When actually cleaning up the trash, we found that a main issue was not the plastic bottles, or small pieces of litter, but more of larger items. While we still found a great deal of small pieces of trash, we found more large objects, such as plastic chairs, tires, and pieces of broken metal. We even found some unique items, including a large rug and an antique doll that had gotten ruined by the stream. We believe most of these objects were left over from the 2016 flood in Historic Ellicott City, and over a year later remained there.  Due to the many cars were washed into the river, tires and metal were littered everywhere. When removed, some even contained crayfish, or fish that had been living there.  This can eventually be damaging if toxins or harmful chemicals are in the metal, because the fish have been living in whatever trash was there. 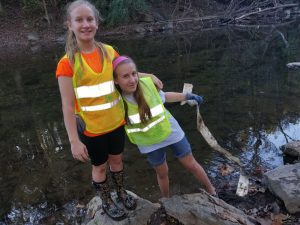 A total of 16 people came to the stream clean up, and the trash we collected filled over 10 large trash bags, as well as 8 large items (that wouldn’t fit in the bags). The clean up itself took about 3 hours. After that, we arranged for pickup and the trash was organized into groups for size.  Most participants were surprised at the amount of trash gathered considering the size of the area that we were working with. Luckily, many of the people participating enjoyed that they got a chance to help out their community and environment. One participant stated: “It felt good to know that I was productively helping and improving the environment for my community.”

And Special Thanks To … 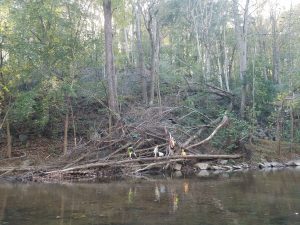 This project helped us with our organizational skills, and it felt amazing to put something together that is truly our own. We also found that it does not take much effort to make a change in your community, and even though something may appear to have no problems, you really need to get your hands dirty before you can be sure.