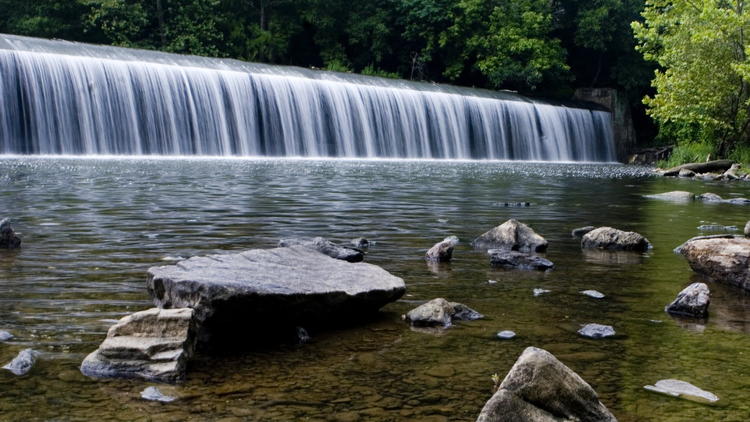 With the help of a mini-grant, a local group is a step closer to a clearer path through the woods.

Mid-Atlantic Off-Road Enthusiasts, or MORE, was one of five recipients of a series of small grants from Patapsco Heritage Greenways. The $2,500 grant, matched by MORE, will be used to build trails in Patapsco Valley State Park, according to the group’s director of development, Dave Ferraro, who lives in Catonsville.

This is the first year Patapsco Heritage Greenways has offered the mini-grants, designed to give small charities a boost. Sometimes grants must be matched by the receiving charity — for a small group trying to match a $30,000 grant, that could be a challenge. But $2,500? That’s more doable.

“It’s one of the best ways of getting funds into the programs that are actually happening,” Greenways Executive Director Mary Catherine Cochran said.

The small sums of money — $20,000 total this year — went to things such as purchasing signs for historic areas, which could be difficult to do in a larger, more competitive grant pool.

Other recipients include Columbia Families in Nature, which offers free bike rides in Patapsco.

“It’s a great way for families to get out together in the heritage area,” Cochran said. “It’s little bits of money, but it really goes a long way for these programs.”

In MORE’s case, they are a large charity, but the $2,500 shows that their work is being supported, Ferraro said.

By supporting the trail-building initiative, Greenways is showing how valuable Patapsco is as a shared resource, Ferraro said.

“Patapsco is a really unique resource, it’s so heavily used,” he said.

The $2,500 they received will go toward the 2016 trail-building program. From March to November, MORE gets together once a month with volunteers the maintain and build trails, and in 2015 they donated more than 2,400 volunteer hours, Ferraro said.

There will be a second round of mini-grants starting in January, Cochran said. For more information, email info@patapascoheritagegreenway.org.