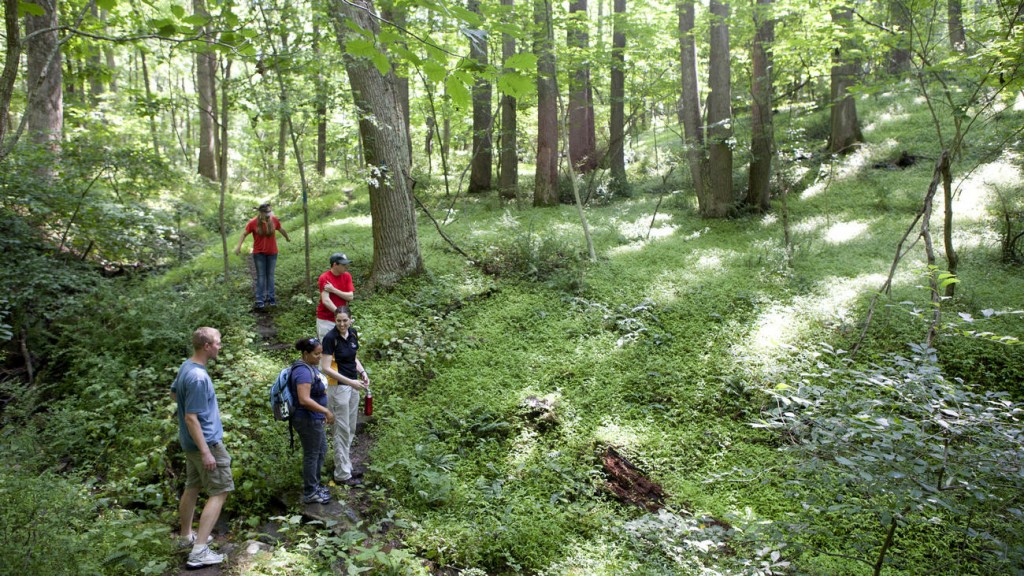 Under the shady cover of forested trails in Patapsco Valley State Park, the “villain of the valley” is lurking.

In appearance, it’s innocuous enough to be easily confused by the casual hiker with some other weed.

But wavyleaf basketgrass is a much more pernicious foe, Towson University Associate Professor Vanessa Beauchamp explained to a group assembled July 11 at the park’s McKeldin area in Marriottsville.

Beauchamp, who teaches biological sciences at Towson, has been studying wavyleaf basketgrass for the past six years. Now, she’s hoping to recruit local residents to join Project Wavyleaf, an effort to stop the grass’ spread.

First discovered in the United States in 1997, wavyleaf basketgrass is a plant native to southeast Asia, according to the Maryland Department of Natural Resources. Over the past two decades, its presence in Patapsco Valley State Park has multiplied from scattered patches of weed to a blanket covering some areas of the forest floor. 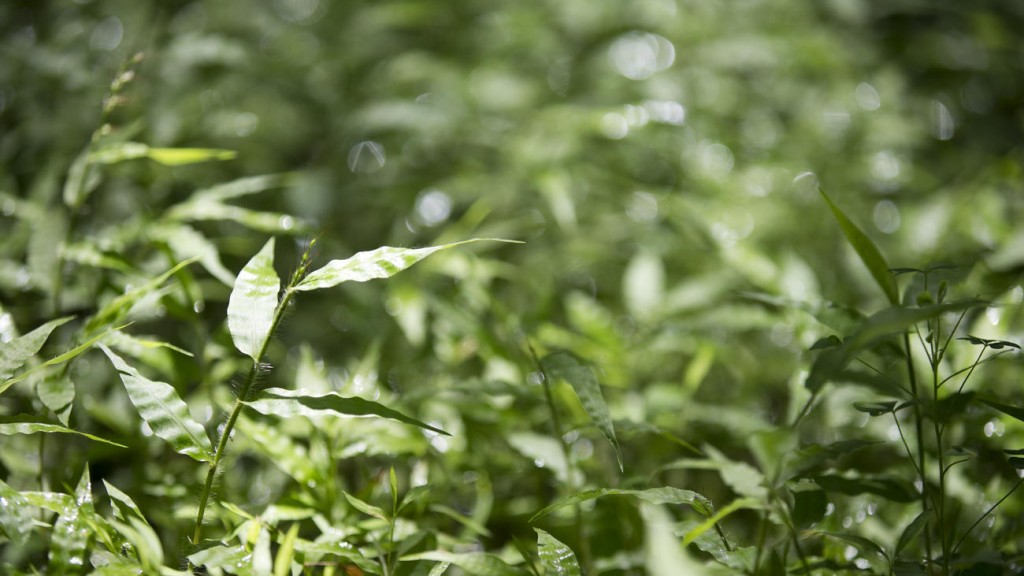 The plant is characterized by its rippled green leaves and fuzzy stems. In late July and early August it flowers, producing seeds the size of sesames that are covered in what, according to Beauchamp, can only be described as goo.

Beauchamp and her students conducted tests to count the number of seeds that would cling to a dog who runs through a patch of wavyleaf basketgrass for just two minutes. The answer: about 12,000.

Wavyleaf’s stickiness is part of what makes it so easy to spread. From its epicenter in Patapsco Valley State Park, the weed has traveled south to the Washington, D.C. suburbs and down into Virginia near Luray Caverns.

“We think people are doing things like hiking in places like Patapsco, different parks around D.C., and then you hike the Appalachian Trail and you spread it,” she explained.

People aren’t the only ones helping the spread of wavyleaf basketgrass. “There’s months and months when this stuff is just this massive field of sticky goo,” Beauchamp said, leaving plenty of time for deer and other animals to traipse through, picking up thousands of sticky little seeds to carry with them.

Scientists have yet to find any native animals or insects that eat the plant, she added, and the goo makes it unsuitable as a habitat for the forest’s small creatures. Couple that with wavyleaf’s tolerance of shade – “even when the canopy closes, these aren’t going anywhere,” Beauchamp said – and it becomes hard to conceive of a way the invader might be controlled without aggressive human intervention.

Enter Project Wavyleaf, Beauchamp’s focus for the past few years.

The “citizen science project,” as she describes it, invites local hikers to download a free mobile app called Wavyleaf, which allows users to enter data on wavyleaf basketgrass sightings at intervals along a trail.

The app, funded by a grant from the Towson University School of Emerging Technologies, was developed by students from the university’s Department of Computer and Information Sciences. Beauchamp and her biology students are using it to document wavyleaf basketgrass’ spread.

She hopes more people will join in – in order to get a fuller picture of how prevalent the weed is.

“The idea is that if you’re an outdoor person and you hike, you can just do this as you normally do the hike, it’s not anything that’s extra, it’s just kind of on top of something that you already do,” she said. Classes, scout groups and other organizations can use the app as part of a volunteer project.

Beauchamp is holding several free workshops this summer to educate people who are interested in fighting back against wavyleaf basketgrass.

Three more training events are scheduled this summer at the McKeldin Area, on July 25, Aug. 8 and Aug. 29. The workshops start at 10 a.m. and are followed by a brief walk through the woods to scout out basketgrass. To sign up, go to patapscoheritagegreenway.org/EventRegister.html. Registrants get free entry to Patapsco Valley State Park.